skip to main | skip to sidebar

My deepest Appreciation to Hank Lawrence Ex-11 Field Squadron (Op. Crown Site), who encouraged and offered advice on setting up this Site.

I am particularly interested in the latter part of the History 1963 - 1970, of which there are large gaps in the history and I require help to up-date that history.

In 1961 the Squadron was reduced to a Cadre and amalgamated with SME to form 59 SME.
Dec 62 - 59 RSME became - 36 RSME.
April 63 - Major Chris Bramwell assumed command of the Squadron in Maidstone.

1963 - Re-formation of 59 Field Squadron at Shorncliffe.
Did 36 RSME become re-titled to 59 Field Squadron and move to Ross Barracks in Shorncliffe?
What Training took place and where?
Exercises were carried out -
Strangford Loch in Ireland - trialing equipment?
Monorbier in Wales - Steps built into a cliff, for the RAF to gain the beach at the foot of the cliffs?

Who formed the Advance Party in December 1963?
Was it mainly HQ, or other troops and how many made up the Advance Party?
What tasks did each troop carry out, with rough dates?
When did the Tent City become fully finished - date?
When did the Hutted Camp start and finish - dates?
Howards Train - full description of how it works?
Was the Flight Tower mounted over a Water tower?
How many Culverts were used and were they solely for the Airfield?
In what order did each task take place Ie: Tent City, Hutted Camp, Camp Roads, Airfield, Apron?

1964 - 1971 - Singapore
December 1965 - The Main based re-titled Cloutman Lines -What was the Main base called before Cloutman Lines?
What training took place there?
1966 - Details of the Exercises in:
Australia
Malaysia
Hong Kong

This is 59 Sqn History and therefore Your History, please help to fill-in the gaps.
The History will be lodged with 59 Cdo Field Sqn and when completed, a copy to the RE Museum.
Posted by 59Sqnhistory at 12:11 PM 2 comments:

The Squadron History forms a part of my work.
I also operate the Commando Engineer Group Database.

The Database includes REME, ACC and all those who were attached to the Units.
The sole purpose of the Database, is for Reunions at RMB Chivenor - Devon.

It is estimated that around 6000 served in 59 Indep Cdo Sqn, therefore around 10,000 in the Group, from 1971 - 2008.
I have only 3000 Names on the Database, with Contact to 800+ lads.
I really would like to increase this and need everyone to help, by registering with myself AND making sure their mates do the same, or passing me their details, so I can make contact.

If each lad could help with names of lads in their troop, even though they have no contact with them, I can then build a Register of Troops, for each of the 37 years.
This Register will then give me names of lads to find, with approximate years of service.
Posted by 59Sqnhistory at 1:33 AM 1 comment: 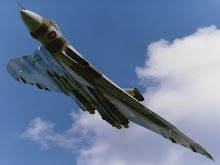 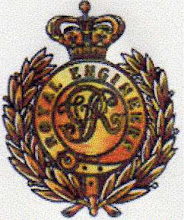